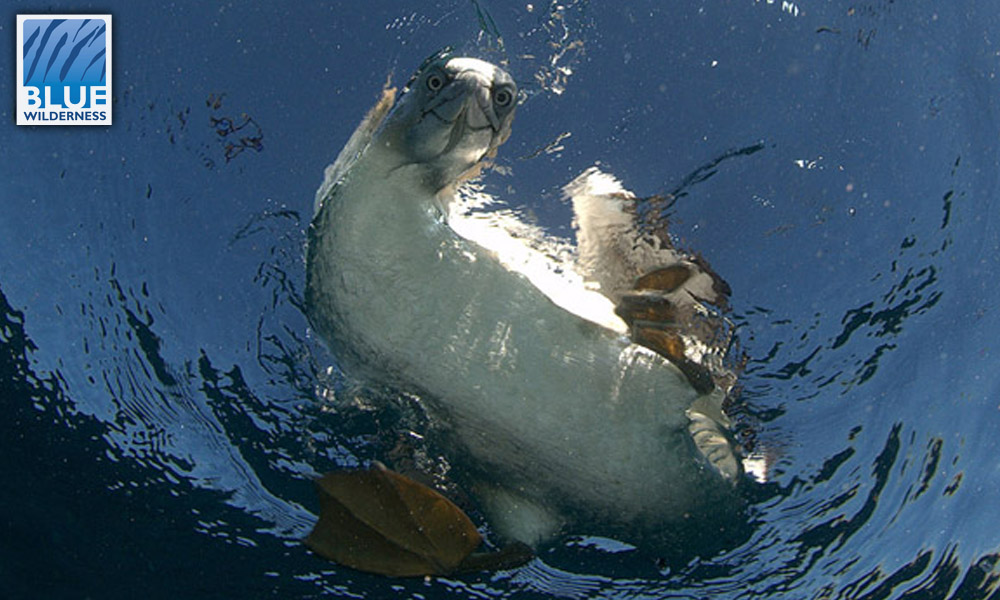 Since 1990 Blue Wilderness (named African Watersports prior to 97) has pioneered shark diving and marine predator encounters throughout Southern Africa. The team, lead by legendary diver, Mark Addison and his wife Gail has redefined the limits in how we humans believe we can interact with the oceans greatest predators . As such, Blue Wilderness has firmly positioned itself as the premier logistics company for pioneering marine predator encounters.

Blue Wilderness, pioneered shark diving in Durban, and has  been a great advocate for sharks. the company gives sharks a chance through the 100’s of documentaries, magazine programmes; print media articles and several books in collaboration with the authors. In addition, Blue Wilderness has actively campaigned against misconceptions surrounding sharks, most notably against the belief that we need cages to protect ourselves when swimming with them. Mark and Gail have being central in shark conservation, spear heading the fight to remove the bather protection nets along the kwaZulu Natal coast. Blue Wilderness has also been a huge supporter of shark and marine research, providing logistics and expertise to numerous marine scientists and researchers struggling with the realities of conducting marine research in South Africa.

At Oceans, we believe in, and admire, many of the ideals espoused by Mark, Gail and the team. However, with Marks increased work commitments overseas, it became apparent that for Blue Wilderness to stay at the forefront of shark diving in South Africa Mark and Gail required help! It is an incredibly proud moment for us at Oceans to announce that from today onwards, Oceans will be taking over ownership, management and operations of Blue Wilderness! We are honoured that Mark and Gail recognised in us worthy successors to continue to build the Blue Wilderness brand. We recognise we are taking on a huge responsibility, fully aware of the great expectations of the shark diving; filming; photographic; research and conservation fraternities. We pledge to retain the principles that Blue Wilderness was founded upon, whilst adding a little bit of ‘Oceans’ flavour into the mix.

Blue Wilderness – may you go from strength to strength, retaining the expertise, passion and pioneering sprit that has made you a truly wonderful and irreplaceable company.

Thank you for your requet for support. We are always here to assist. Submit the below form and we shall immediatly revert. Alternatively you can phone / whatsapp us directly on +27717058518.